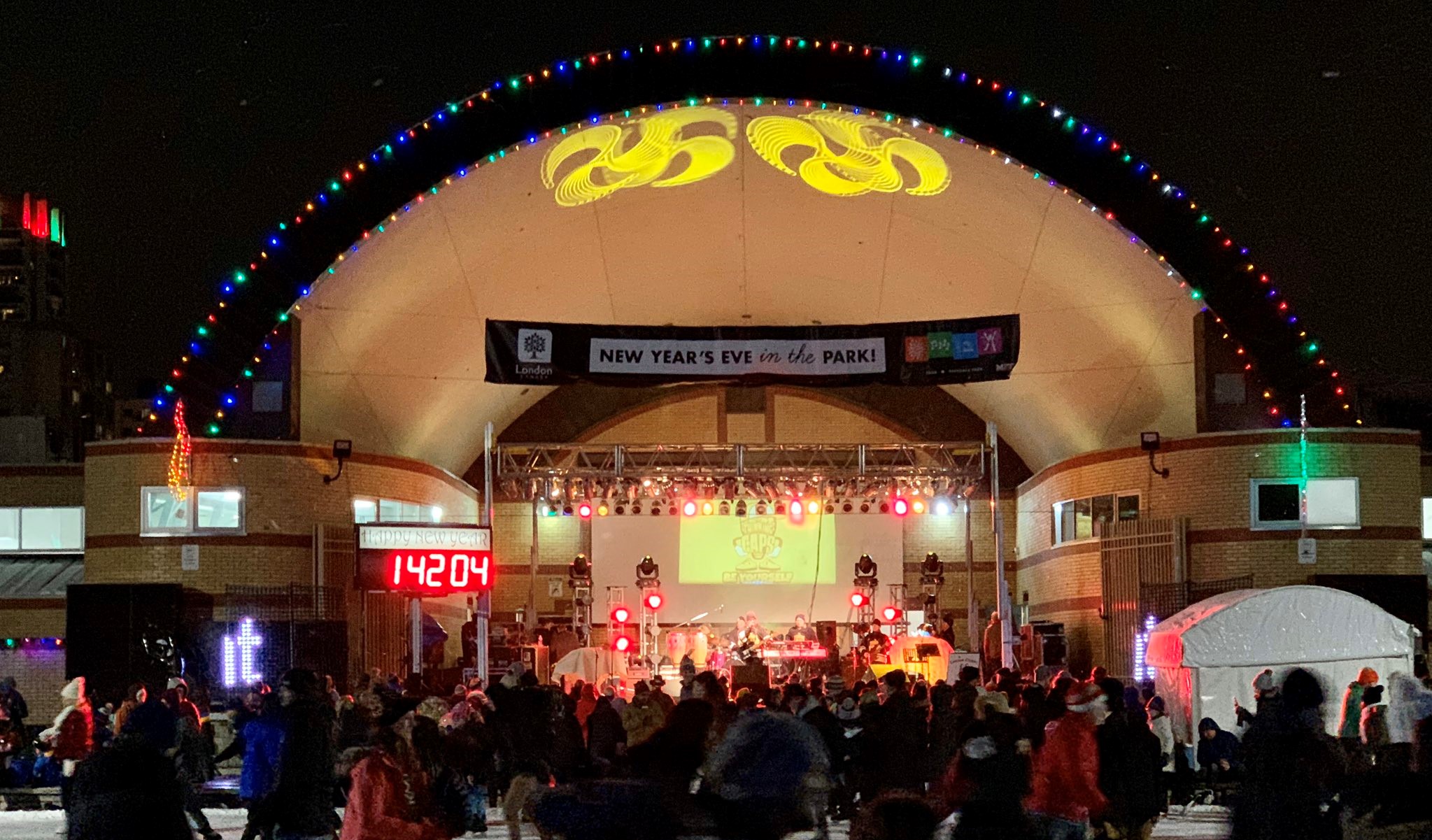 London’s annual New Year’s Eve in the Park celebration returns on Saturday, December 31 from 7 p.m. to midnight in Victoria Park.

Victoria Park will come alive with two firework displays, live music and entertainment, the opportunity for kids to meet their favourite Star Wars characters and outdoor skating - all while enjoying a free hot chocolate courtesy of the A Team and taking in the thousands of holiday lights in Victoria Park!

Londoners will have the opportunity to experience two fantastic fireworks displays presented by Drewlo Holdings – one at 9 p.m. for families and children, and another at the stroke of midnight.

The entertainment will flow non-stop at Victoria Park, with local performers and musicians taking the stage throughout the night. Local musicians Full Throttle, Lindsey & The Lonelies, Nameless Friends and the Forest City London Music Awards All-Star Band will grace the stage from 8 p.m. until midnight. Local children’s entertainers The Thinking Caps and street dance crew Ill at Will kick off the night at 7 p.m. with sing-a-longs and breakdancing.

Big Daddy Bacon and Donut Diva food trucks will be serving up savory treats during the event. Purchase is required.

Londoners are encouraged to bring their own skates to shred some ice on the Victoria Park skating rink. During the event, skate rentals will be available at the Kiwanis Memorial Bandshell concession for $7.00 per person.

Bike parking is available around Victoria Park on the south side of the bandshell, at the corner of Richmond Street and Central Avenue, along Wellington Street just north of Dufferin Avenue, and outside City Hall under the west overhang.

Secure bike lockers can also be rented and are located at the north end of Clarence Street beside Victoria Park. The bike lockers can be opened with the Movatic app, and the first two hours of your rental are free.

Downtown for the Holidays

It will be a December to remember in downtown London, with large-scale events including the Holly Jolly Market and New Year’s Eve in the Park as well as small-scale activations including musical performances and art crawls taking place throughout December. Visit Downtown for the Holidays to learn more about upcoming holiday events. 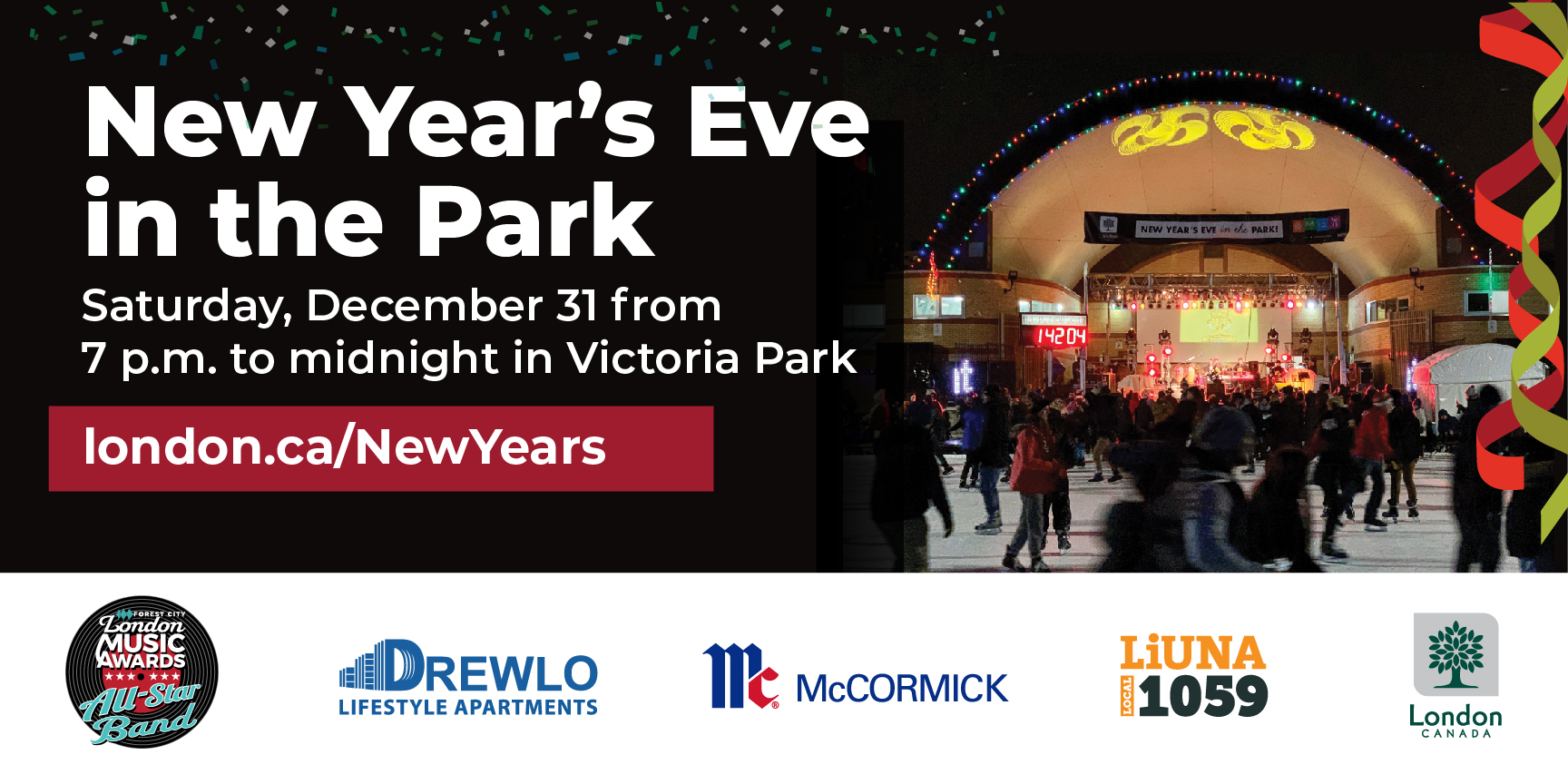